Showcasing the tradition of the event, the majestic titans of the 1930s will return to the America’s Cup after 80 years

Cowes, UK, 12 February, 2015: The J Class Association (JCA) is thrilled to announce that the J Class has accepted an invitation from the Organisers of the 2017 America’s Cup to participate in a J Class regatta during the AC35 event. All eight J Class yachts are expected in Bermuda, with a minimum of six anticipated to compete in the J Class regatta – the first time in history more than five J Class yachts have ever raced against each other.

“When racing for the America’s Cup in the 1930s, the J Class boats embodied grace and power with cutting-edge design and engineering. Having the J Class join us in Bermuda will create a spectacular blend between the old and new.”

Berthed at the centre of the Race Village, the J Class fleet will showcase the heritage and tradition of the America’s Cup. The yachts will also be at the heart of the action with their own exclusive four day regatta.

Louise Morton, Secretary of the J Class Association (JCA) commented: “The America’s Cup Organisers have offered the J Class a unique opportunity to be part of the America’s Cup for the first time in 80 years. On behalf of the Owners, Captains and crew, we are delighted to accept their kind invitation and look forward to being part of this spectacular event.”

The current J Class fleet comprises seven yachts, including two of the original Js that raced for the America’s Cup. The seven J Class yachts sailing are: Endeavour, Hanuman, Lionheart, Rainbow, Ranger, Shamrock V and Velsheda. J8 is due to be launched in May 2015, taking fleet strength to eight – the first time that eight Js have been sailing since 1934.

J Class fleet racing is one of the most spectacular sights on the world sailing circuit. The Class continues to expand and the fleet is warmly welcomed by regatta organisers around the world. Followers logging on to www.jclassyachts.com can also enjoy every tack and gybe as it happens thanks to live race tracking fitted to every yacht. 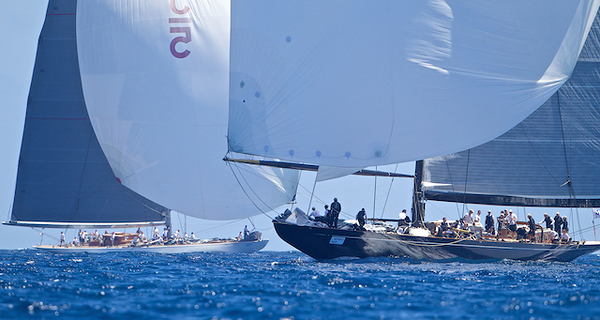