Ranger is back! Currently in the North Sea for sail trialing, led by Captain Ed Handyside Dick, Ranger is getting ready for an Atlantic crossing to the Caribbean later on this month with her full crew. It's been a long process due to the sheer scope of improvements, but she's better than ever.

The goal of the refit was to bring Ranger back to the highest standard for improved livability and family cruising while updating her systems and infrastructure for competitive J-Class racing. Exterior work includes a new cockpit, pilothouse windows, helm station, teak decks as well as a full paint job and restoration. Her Foredeck is now much cleaner with flush deck hatches and removable dorade boxes for racing. The entire engine room was emptied, rebuilt along with the hydraulic, water, air handling systems and Navigation and Communication systems.

The most important aspect of this refit was to insure that we kept the character and traditional elegance Ranger is known for. Her history and place among the other J's is embodied by these improvements and will not only reflect well upon the majesty of the Class, but reaffirm Ranger's long tradition of respect and grace. This all started many years back when the new owner saw Ranger arriving in New York prior to one of the Americas cup events...and a dream was born. We look forward to seeing you soon on the water.

Update thanks to Ranger's Captain and the Owner. 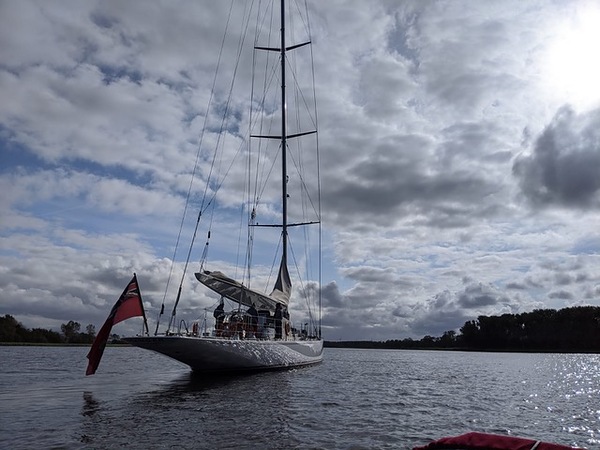