Unbeaten Lionheart, the target at the Maxi Yacht Rolex Cup

Unbeaten so far this season after regatta wins in Menorca in May and the Palma Superyacht Cup in Mallorca in early July, the J Class’s leading team so far, Lionheart, were putting the final gloss on their crew work and preparations today in the brilliant sunshine and brisk breezes off Porto Cervo, Sardinia.

There is no denying that the Lionheart crew, lead by tactician Bouwe Bekking – the Volvo Round the World Skipper – have elevated the standard this year. Others have come very close to matching them, but so far Lionheart have prevailed.

Three different boats won races in Palma and it was only on the final day of four that the event was decided. So when the six day Maxi Yacht Rolex Cup starts tomorrow, Monday, Lionheart will be a benchmark for the three other J Class yachts racing this week, Rainbow, Ranger and Velsheda.

On Ranger Murray Jones, four times America’s Cup winning tactician, believes they can improve on their second place in Palma where they narrowly missed out to Bekking’s well drilled crew.

On the dock at the Yacht Club Costa Smeralda today Jones said after training:

“We felt we sailed well in Palma but could have done better at times. I think we were in with a good chance to win there but we didn’t. We have been working on our crew work manoeuvres – our bottom mark roundings in particular, they take a long time to do things on these boats and so if you can trim back the time on the drops not only is it gaining you time but it sets you up better for the windward leg as well and so we have been working on that. It is going well.”

“The week looks fairly light-ish. We don’t like it too light, tacking too much is not what our old
girl likes, she takes a bit to get going and accelerate.”

“We have to sail smart and we can be one better than in Palma, that’s the objective.”

The four J Class yachts, which take pride of place among the 27 maxi yachts from 14 different nations racing at the Maxi Yacht Rolex Cup, go head to head over their longest, most varied regatta of 2014, up to four windward-leewards and three coastal races – typically 30 miles each which are planned to take full advantage of the spectacular backdrop to the wonderful racing waters which still offer a good challenge to the assembled sailors – many ranking among the world’s best who have raced dozens of international regattas here.

At 33 days before the Volvo Ocean Race start Bekking is clearly enjoying the short break away from the pressure of the Team Brunel project, with four of his round the world crew on board including navigator Andrew Cape, every race – even on the J Class which is 13 times heavier than the Volvo 65 with more than three times as many race crew – is of useful value.

Bekking explains: “The Volvo boat is out the water and it is good to be away from it just over a month before the start. It is good to step away and look with a different eye, to be up front, and to look at issues you might have on the Volvo. We have done our homework with the Volvo team pretty well. Here it is all about the communication between Capey and myself and Jens who is doing the pit and Pablo Arrarte trimming, it is all good and being close to other boats – this is like a one design it is good as well.”

“ We are in good shape (on Lionheart) after three days of practice, a bit of light airs and some stronger stuff. The J’s are so close, we just need to have a good event and believe in the crew. We are pretty good at getting the boat around the track now.”

A coastal race is scheduled Monday with a sequence starting around 1200hrs local time. 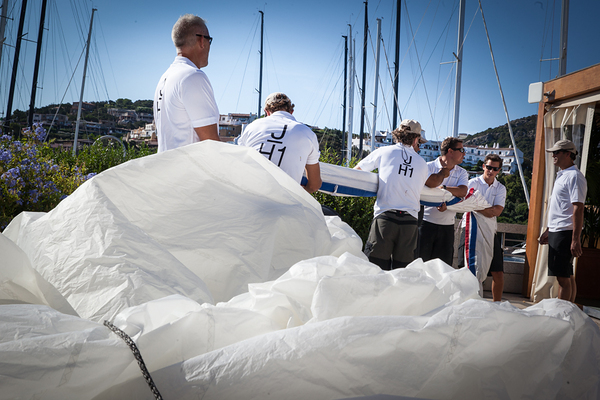 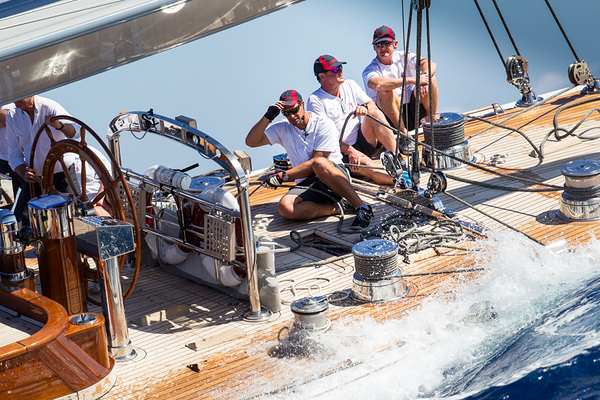