A Mistral wind with gusts to over 30 knots thwarted efforts to run racing on the final day of the 2022 Rolex Maxi Yacht Cup on Sardinia's Porto Cervo. Although the spectacular race fleet of nearly 50 Maxi yachts, including four J Class yachts, headed out to a more sheltered area to the south of Porto Cervo and a course was planned, a few minutes before the start sequences began the NW'ly was averaging 25-28kts. With the forecast for the wind only to build, the prudent decision was taken to return the fleet to the harbour.

With no racing today there was no opportunity for what could have been an engaging showdown match for second place between Velsheda and Ranger. Ranger, like Svea, are newcomers to the J Class this season and finish as runners-up to Svea by only a single point whilst the original, 1933 Charles Nicholson designed Velsheda takes third.

After winning early July's Superyacht Cup Palma on their debut as a team, after only nine days of training together, Svea, with Bouwe Bekking calling tactics and Steve Hayles as navigator, now take the pinnacle 2022 regatta title, sailed over two windward-leeward contests and three coastal races contested across a typically varied Porto Cervo diet of windspeeds and directions, from six to nine knots on the opening days culminating with Thursday's spectacular coastal race in a brisk Mistral.

Svea's performance was a cut above, as the results table shows. They started consistently well and sailed clean and smart, usually making the most of the leader's inherent advantage of racing in clear air, but defending when they had to.

One of Svea's owners enthused, "It has been an amazing week, amazing weather and in yachting it is about making as few mistakes as possible, and I think we made very few mistakes. We sailed very cleanly with good starts, and these boats need big, big groups and so getting everything to work is difficult. You win as a team. We all work together and help each other. There is a great ambience on board. This venue, the competition, the classes - this regatta is the top of the top. And as Swedes we are proud to be very much custodians for this historical heritage."

He continued, "The word is majestic. These boats are 180 tons and it is tight racing. It is so different. You need to get used to the anticipation and a few more turns on the wheel, you really have to work hard. We did not have expectations, this year was a learning curve, we just wanted to learn to sail the boat and so here we have overachieved."

Svea's project manager Tim Powell, whose background and forte is preparing, optimising and running grand-prix race programmes, is delighted to see the team winning, especially considering how little time they had to prepare and train after the boat was delivered mid-May from the USA to Europe. He paid a warm tribute to Bouwe Bekking who has overseen the coaching of the team and said, "Everybody on the Svea team is super happy and super excited to have won the regatta. When we took over the boat we were really on the back foot in terms of getting ourselves organised in a short space of time and so we would never then have imagined we would be sitting here as winners of the Maxi Yacht Rolex Cup."

Svea's Powell reflects, "It has been a dream start to our campaign. I think we have a fantastic team, Bouwe leads the team very, very well and we are a very, very tight group. I would characterise the group as being very hard working, but we know how to have fun together as well. There is a great team spirit which on these boats with so many people you really need to have. And the owners are all quite similar in their characters and when we set the programme up we had a pretty clear idea that we wanted to have a great team spirit and have fun."

In taking second place in Porto Cervo this week, Ranger win the Kohler Cup for the top performing team over the three 2022 regattas. They won the class at Saint Barth's Bucket, were third at Superyacht Cup Palma and finished runners-up at this week's Maxi Yacht Rolex Cup. Theirs is an outstanding achievement for another new team which only raced together for the first time in the Caribbean in the early spring. Their second place yesterday was decisive and on the season standings they finished only one point ahead of Svea who only raced two regattas.

The delighted Ranger owner, an American for who the famous J is his first race yacht, grinned "It is an amazing accomplishment for a boat which I don't think people expected to do so well. It is really gratifying. And that is entirely down to the team. Yesterday was the high point of the season for me, it was an exceptionally exciting race, the conditions were varied, the course was fantastic and there were various dogfights happening throughout the race between different boats and it was gratifying to be part of such an exciting race."

Summing up Ranger's week and season navigator Jules Salter said: "It is never easy being the slowest rated boat in this fleet because it makes it so hard to achieve what you are trying to achieve and a lot of the courses here don't favour the boat behind. But we sailed the boat well and it held together. The crew did a really good job getting the sails up and down which is the most important thing. The season has been really good, and it is great for our owner, he joined the class as a new owner, he has enjoyed it and is a great man to sail with." 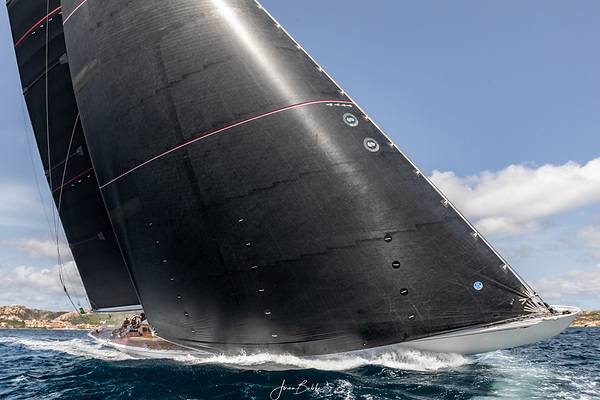