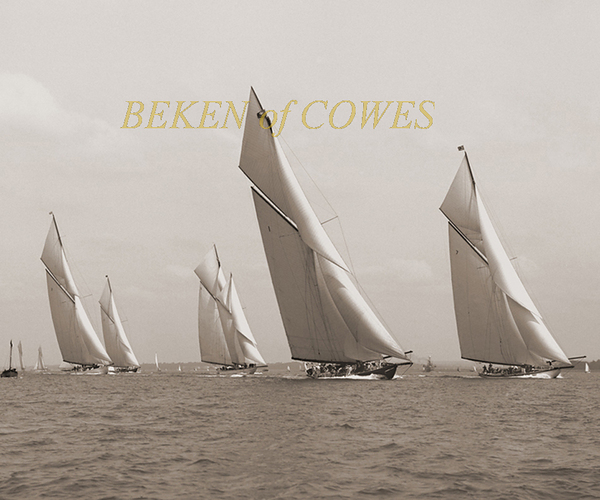 The J Class has its roots in the oldest sporting race in the world, The America’s Cup. This International Event was born from an annual race around the Isle of Wight, hosted by the Royal Yacht Squadron and called the ‘100 Guinea Cup’.

The Royal Yacht Squadron, which hosted the annual 100 Guinea Cup race round the Isle of Wight, allowed an overseas yacht to enter for the first time in 1851. The yacht ‘America’ was built that year to an innovative new design and had sailed to the Solent in search of racing. Initially excluded from racing against British yachts, she was finally allowed to enter the Round the Island Race for the 100 Guinea Cup.

With the complex tides and shallow areas of the Solent it was natural for ‘America’ to hire the services of a Pilot and in due course Robert Underwood was employed to guide them through the very tricky waters off the Island. Although the race programme was advertised as rounding the Nab Buoy and then the Isle of Wight, leaving all to Starboard, this was not what was printed by the RYS on the instruction cards and whilst the four leaders tacked away to round the Nab lightship, Underwood directed ‘America’s’ Skipper to press on through the shallow area, missing the Nab Buoy and saving a very considerable distance. Naturally “America” took the lead and held it to win the race, although the nearest British boat closed to just a few minutes behind ‘America’ at the finish.

The Trophy became known as the ‘America’s Cup’ and was taken back to the USA. Yachts were able to challenge to win back the cup and a series of larger and larger yachts were designed to compete. 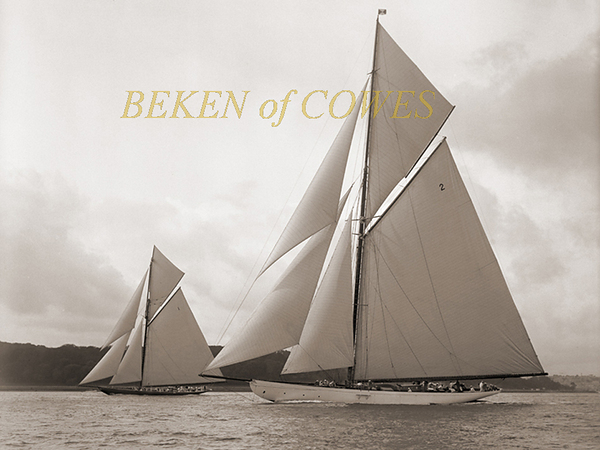 Before the J Class yachts came into existence, yachts were designed to be bigger and bigger. The towering rigs of the Big Boat Class such as ‘Lulworth’ and ‘Britannia’ dwarfed all other yachts. The late 1920s heralded discussion and agreement of the Universal Rule. This new formula controlled the size and displacement of the new yachts, enabling them to be raced as evenly as possible. Almost immediately, designs were being commissioned for the new, massive ‘Bermudan rigs, with no bowsprits’.

The rule was based on ideas proposed by Nat Herreshoff allowing waterline length to be increased without sail area being restricted, as it had been under the International Rule. This was compensated by a larger displacement and so draught was limited to 15ft.

The Sorcerers of the Bay of Palma