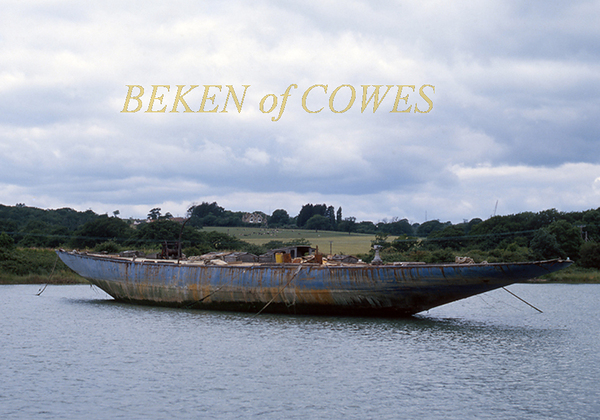 During the 1970s Endeavour’s hulk was sold for £10 and restoration was started.

Quadrifoglio (Shamrock V) arrived from Italy and was refitted at Camper & Nicholson’s yard where she had been built, supervised by Paolo Scanu the naval architect, and son of the owner.

The large holes in Endeavour’s hull were plugged and she was towed to the old seaplane base at Calshot Spit on the Solent to start restoration.

Terry Brabant rescued Velsheda from her Hamble mud berth and gave her enough of a refit to get her chartering and, occasionally, racing again in events like the annual Round the Island Race, hosted by the Island Sailing Club in Cowes. Despite being in rather poor condition she still acquitted herself well and looked magnificent from a distance. Swiss plans to restore her came to nought and the old racing yacht was eventually laid up afloat in Gosport. Elizabeth Meyer took on the challenge to continue with the rebuild of Endeavour at Calshot.

Quadrifoglio (Shamrock V) was purchased in 1986 by the Thomas Lipton Company, and given back her original name of Shamrock V, when she became the property of the Newport Museum of Yachting. Endeavour was towed from Calshot, to Cowes on the Isle of Wight to have her fittings and rigging fitted. She was then taken on a barge to the Royal Huisman Shipyard in Holland to continue and complete the rebuild.

Endeavour was relaunched in Holland. Endeavour and Shamrock V match raced each other over the Old America’s Cup course in Newport, Rhode Island in August.

Velsheda was purchased from a bankrupt C&N boatyard and brought to Southampton Yacht Services to start her rebuild. She was relaunched in 1998 and started her programme of racing and cruising around the World.

Velsheda, Shamrock V and Endeavour raced against each other in Antigua Classic Week.