The 27.2 nautical-mile coastal race provided the closest, most exciting competition of the week.

Svea, racing for the first time with all three Swedish co-owners on board and past double Maxi world champion Niklas Zennström steering, stepped clear after a smart move early on the first beat that allowed them to break clear of the tenacious Velsheda. The three other Js were never more than a couple of boat lengths apart on a race course which placed an equal premium on raw speed and excellent crew work.

The windward leg took the leaders close to the Porto Cervo shore. After being held since the start by Velsheda, Svea turned a tiny advantage into a race win when they held up their rivals very slightly into the bay, requiring them to bear off suddenly to round outside a shoal marker perch. That small, momentary loss was enough to relegate Velsheda back into contact with the other two.

"It all came down to the start and the first beat," recalled Steve Hayles, the winning navigator of Svea. "There, we could have sailed them in a long, long way but it worked out very well for us and not them. Had it gone on another three or four minutes they would have got around us. That was the key, that was the moment. For them they then had to dip the other boat and then they were in the traffic. It went well for us because the other three boats then got locked in, and on the reach we were able to do our own thing."

The J's were at their awesome best when racing upwind in the straits into the La Maddalena archipelago. At full power in the stiff breeze, Ranger's stern and Topaz bow were metres apart, showing an incredible precision from the respective America's Cup helms Ed Baird and Peter Holmberg, as they urged the last fraction of a knot from 180 tons of yacht.

While Svea led, Velsheda also escaped the other pursuers a little on the upwind to the Golf mark at the Secca Tre Monti and on the four-mile two sail fetch to Monachi there was little change. A long 8.5-mile reach in a lifting breeze saw Svea make their biggest gain by staying low and thereby not having to peel spinnakers.

There was some compression at the most leeward turn around the little, rocky, low lying Soffi and Mortorio islands to the south of Porto Cervo - but Svea, by then, could afford to sail super safely. Ranger and Topaz caught into Velsheda here which meant an exciting final drag race fetch to the finish line.

While Svea had built a lead of over three minutes, Velsheda crossed second but with Ranger close behind they took second for the day on corrected time ahead of Topaz with Velsheda fourth.

Ranger's trimmer Simon Fry reported, "We had great racing and a great race. It was a really good day. Svea have sailed very well all week and the other three of us have been fighting tooth and nail around the race course. I think getting clean on the start was key today and being able to get clear."

Fry continued, "Overall we sailed very well. We broke a brace block and the lads did a good job swapping the one from the other side and we probably would have gained on Velsheda and Topaz as we had gone straight to an A4 and they both had to peel. On the way up to the finish line the breeze was going left and the key then was picking your way through the dirt from the other maxis."

And so, Svea go into Saturday and the final race with a seven-point lead, and look set to collect their second consecutive regatta title in a row. Ranger, on 13 points, are one point up on Velsheda ensuring meaning there is still plenty to play for at this pinnacle racing event of the 2022. 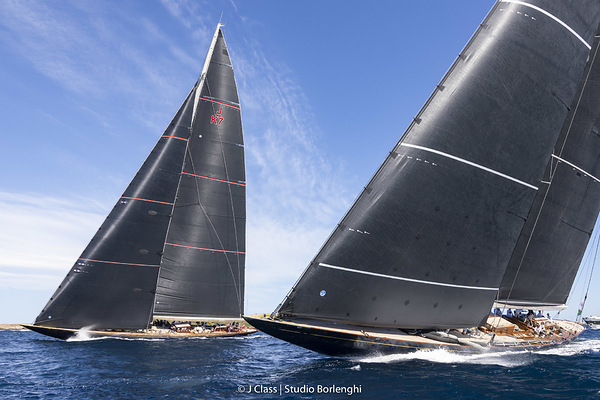