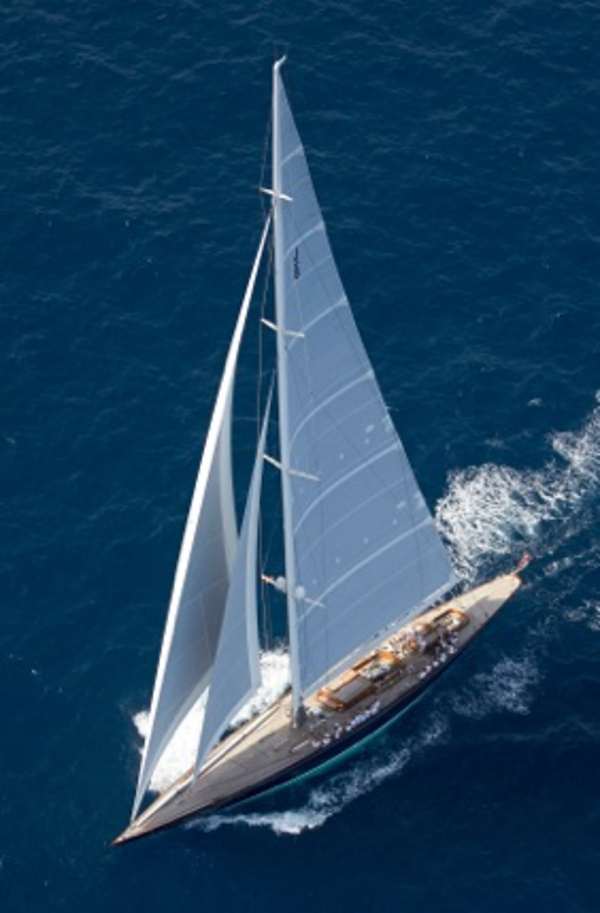 J8 is an unbuilt 1935 Frank C Paine A design. Frank Paine had previously designed the yacht “Yankee”, which was built by Lawleys in 1930. ‘J8’ has been researched by the Hoek office, and found to be a good all round performer. She is the longest waterline J Class designed, with the highest keel aspect ratio, combined with the lowest wetted surface area. Frank Paine had already calculated in the 1930s that it was better to take a penalty on an increased waterline length in a trade off against sail area and displacement.

Frank C Paine Frank C Paine was the son of General Charles J Paine of Boston, a three times owner of the successful America’s Cup defenders for the New York Yacht Club, “Puritan” in 1885 (as part of a syndicate) and later “Mayflower” (1886) and “Volunteer” (1887). He was brought up in the world of yachts and was younger brother to an amateur yacht designer John Paine, who had designed ‘Jubilee’ for a Boston based syndicate for the 1893 Defence when ‘Vigilant’ was selected by the New York Yacht Club. Frank went on to become one of the most important designers during the first half of the twentieth century. He worked alongside designers such as William Starling Burgess, and L Francis Herreshoff (son of Nathanial G Herreshoff) and subsequently was famous for the design of Yankee, which launched in 1930 and was renowned for being fast in a breeze and the beamiest of her contemporaries. A subsequent major refit for the 1934 Defender Trials at the yard of George Lawley and Son altered Yankee’s forward and mid sections to optimise her for light to medium weather, which provided a marked improvement to her boatspeed. Credits to Frank Paine were made at the time, as her centreboard was the only one to measure under the then new J Class Rule for the 1934 event. After that conversion, Yankee became a very successful contender, owned by Gerard Lambert who also owned the schooner Atlantic. Frank Paine had designed three Super Js for the 1936 America’s Cup, most probably for Mr. Lambert.

Lines plans were created by the Hoek Design Office and they are also responsible for the complete optimisation of the yacht as well as her art deco interior design. The rebuild of J8 has finished with the hull and deck built at Freddie Bloemsma Shipyard and fitted out at Holland Jachtbouw. She was launched in the Summer of 2015.